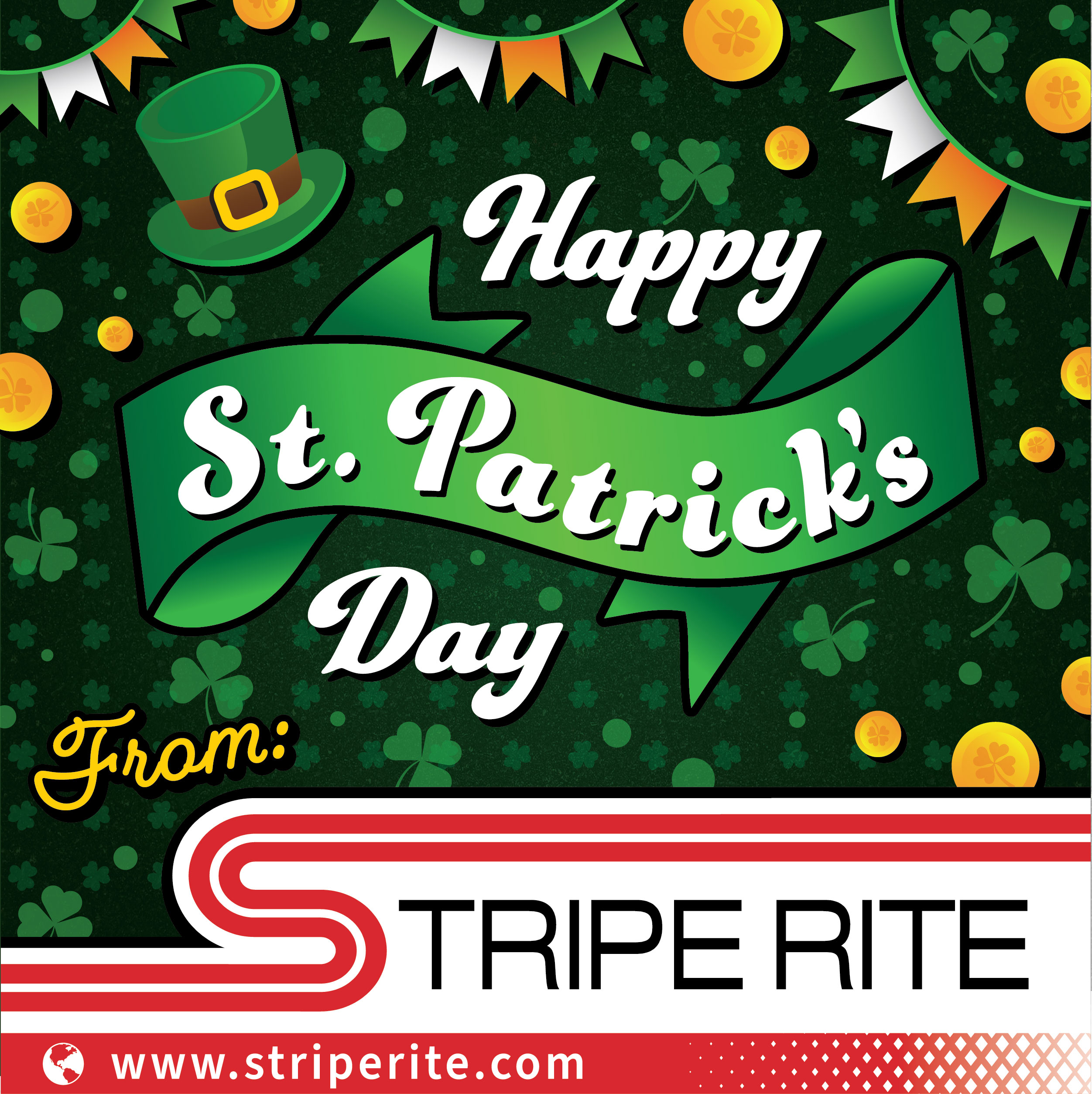 Stripe Rite would like to wish everyone a happy and safe St. Patrick’s Day!

St. Patrick’s Day is celebrated annually on March 17, because of the anniversary of his death in the fifth century. The Irish have observed this day as a religious holiday for over 1,000 years likewise we continue the tradition. On St. Patrick’s Day, which falls during the Christian season of Lent, Irish families would thusly traditionally attend church in the morning and celebrate in the afternoon. Lenten prohibitions against the consumption of meat were waived and people would dance, drink and feast.