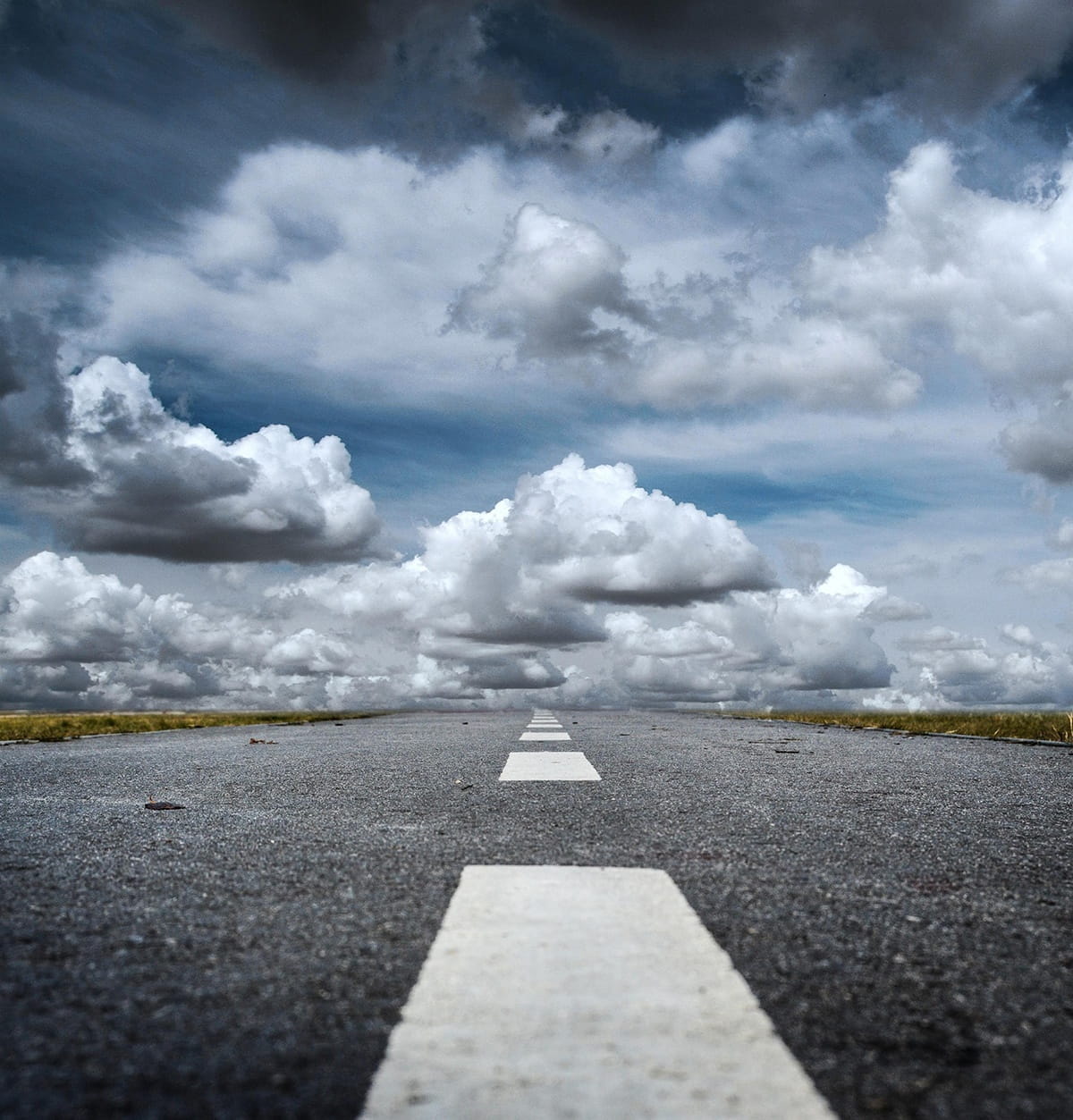 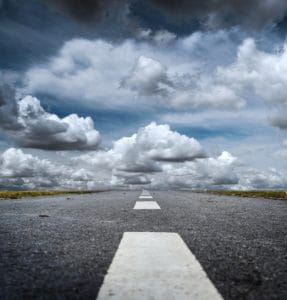 Have you ever given any thought to who came up with road markings or why they exist? If you’re like most people, you probably think that road markings are painted on the road to ensure traffic flow and safety – and you’re 100% right.

Unless you’re headed down a dirt road, almost every single public highway in the U.S. has lanes that are designated by paint or a mechanical device. These traffic control measures ensure traffic flows freely and safely.

Let’s look at the history of road markings, their purpose, and learn some fun facts!

The first recorded instance of a road marking with a white painted line occurred in 1918 in England. Before that, cars, horses, and pedestrians played a dangerous game of chicken when crossing the road.

The idea of marking the roads for improved traffic flow and safety quickly caught on. Soon every country in the world, including the U.S., were marking their streets. At first, it was just a white line that separated one lane of traffic from another. As time went by, it became clear that a system of road rules had to be established.

In the 1930’s and before the advent of traffic signals, the painted lines on the road were used to tell drivers how much street was left before they had to come to a complete stop or make a sudden lane change. This information was usually conveyed by double white lines – as standardized traffic rules had not yet been agreed upon.

The ubiquitous yellow lines that we see on the highways and byways didn’t come into existence until the 1950’s when government regulators stepped in. The color white was intended to direct traffic that’s headed in the same direction, while the color yellow was used for two-way roads or cross-traffic.

As time went by and more drivers used the roads, it became clear that a standardized system of signage and regulations was needed. This is why in 1956, a new regulation, the dashed yellow line, began to signify when a car could cross a yellow line.

When it comes to striping the streets and highways in Washington, you can’t run down to Home Depot and grab a bucket of white or yellow paint. There are rules and regulations that govern the paint quality: its ability to stand up to inclement weather year after year, and the ability for drivers to see it under low-light conditions.

To achieve visibility in low light, products will put additives in the material, such as retroreflective glass bead. Or the glass bead will be put directly on top of the wet material after it’s been installed. A special UV-resistant chemical may also be added (to some materials) to help lengthen the life of the paint and help prevent fading in the sun.

When it comes time to paint the road, a specialized truck called a striper is used. It will drive slowly down the street and use a specialized spray nozzle to paint a straight, dotted, or curved line accurately.

When workers need to paint bigger things such as the word “STOP,” specialized stencils are laid on the ground, and they will spray the paint inside of them.

Road and Highway Striping in Washington

If your roads or highways are in need of maintenance or striping, give us a call at (800) 427-0484. At Stripe Rite, we have 35+ years of experience striping the city streets, highways, and byways of Washington. Call us today and learn more about the striping and roadway services we offer!